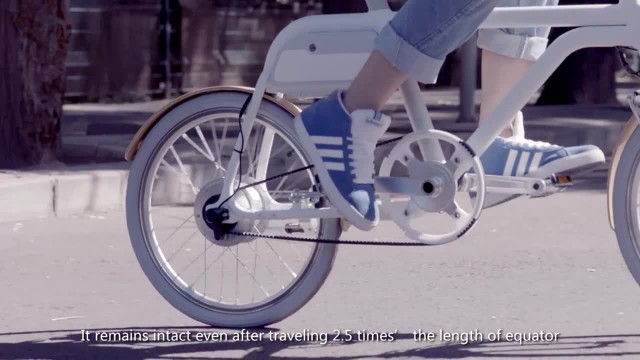 Give your car a break! With recent advancements in battery and electric motor technology, the electric bicycle has become a viable form of transportation. As a general rule of thumb, the Ebike can take you up to 20 miles at 20mph (although some of our bikes can take you up to 50 miles). Believe it or not, the average commute for automobiles in the United States around 10 miles!
Cost Benefits
No more expensive trips to the gas station! As a vehicle replacement, Ebikes are very affordable to own. They cost almost nothing to operate (half cent per gallon equivalent!) and require very little maintenance. It is best considered as a long term investment that will pay for itself through usage.
Health Benefits
Despite common misconception, Ebikes offer tremendous health benefits. They provide moderate, consistent exercise. Health studies have shown that this kind of workout is best for general health and well being. Best of all, the electric motor gives you the ability to work as hard as you like. You are in full control.
Environmental Awareness
"A Toyota Prius can get about 50 miles per gallon. Compare that to an electric bike, which runs on the equivalent of around 2,000 miles a gallon (on a dollar basis); meaning it's about 40 times more efficient."
(The Electric Bike Book)
For every mile you drive, you are releasing one pound of carbon dioxide into the atmosphere. The average commuter will have released almost 1,000 pounds of carbon dioxide by the end of the month! The only way to save our environment is to reduce waste and conserve energy.
Electric bicycles are zero emissions vehicles. They require very little raw materials to build and are highly efficient. It is not only a necessary step for our own health benefit but for the environment and future generations to come.